It's week #21 with Portraits of Justice, and I introduce you to Clare,  from {London, England}. I had the privilege of meeting Clare in Bogota, Colombia, and photographing her atop a bell tower in the heart of Stockholm, Sweden. Her interview response reached me through the magic of technology.

Clare has thoughtfully reflected on how her context of justice in England is a part of a larger context, in particular England's response to the refugee crisis.
Encounter this story, and hear beauty in the broken, from a beautiful voice with a beautiful vision.
----- 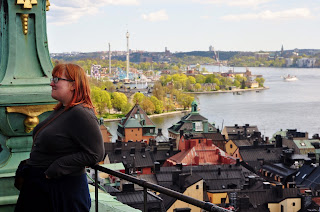 “The steady flow of refugees into Europe from other areas of the world, particularly North Africa and the Middle East, has gradually became a torrent. The issue of granting asylum to these individuals suddenly became headline news throughout Europe in summer 2015. In the UK, much of the press coverage was dishearteningly negative. The most popular newspapers gave these people a blanket label of “economic migrant”. This misunderstood the complicated long-term issues which led to these people seeking help. Then a little boy drowned.”


“He wasn't the first little boy, nor will he be the last, but somehow the tragic deaths of him and his family changed the tone of the UK's press coverage overnight. Public opinion spun with it, and many individuals from all walks of life began to ask questions of the government.” 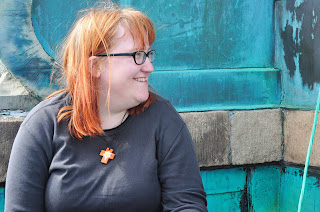 “Crisis meetings were held between leaders across the EU, and eventually the Prime Minister of the UK, David Cameron, announced that 20000 refugees (around 0.03% of the UK population) would be brought into the country from camps in the origin regions of migrants and settled in the UK. This would occur over a five year period. But was this justice?”
“Many individuals, including myself, believe that so long as multiple thousands of people are walking thousands of miles, are risking their lives in rickety boats in the Mediterranean... wealthier countries such as the UK must cooperate to welcome people into safe places.” 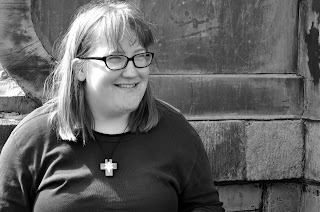 “The Church has often been complicit in other-ing those who have come from elsewhere. We must now turn from this attitude and welcome the stranger, feed the hungry, heal the sick, clothe the naked. And churches and other groups of Christians throughout the UK are indeed doing these things, in a variety of ways depending on their own local contexts. We see churches sending parcels of food, clothing and other resources to the 'jungle' camp at the Calais port. We see groups quite literally welcoming refugees into their church buildings and into their homes. We see neighbourhoods coming together across religious and political boundaries to petition the government to do more.”
My vision of justice in this nation is that this crisis will spur the people of the UK to continue to act in situations where others are in such desperate need. I long for a future where we no longer need food banks to enable parents to feed their children. I hope for the day where we no longer have to argue over whether Muslims in the UK should be entitled to live their life and worship God freely. I pray that the connections built by reaching out to refugees can be strengthened by serving one another more.

Posted by Brandi Friesen Thorpe at 15:25