It's week #11 with the Portraits of Justice Project
This week I invite you to hear from my friend Alex, from Beirut, Lebanon. Alex is inspiring in many ways. He's founded a non-profit recycling program in a country without an existing social recycling program. As well, Alex helped start an inter-religious exchange in schools - within communities that are intolerant of one another. Read more about this reconciliation project below!

Located just north of Israel, and West of Syria, Lebanon deals not only with its own history of colonization and civil wars, but with a population that is nearly half refugees from Palestine and Syria.
__________ 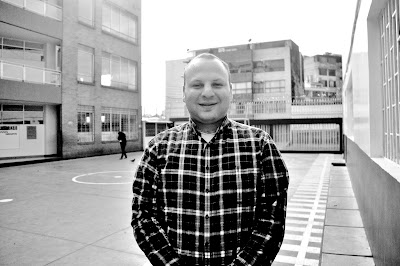 "I only hear about justice in books, I've never seen justice, maybe anywhere in the world. Justice for me is a philosophical word, a relative word as well. All countries in the world seek justice, it is a lifetime process to be accomplished."

"If we are talking about minimal justice, the minimum to live as a human being, I never see it in my country. I live in Lebanon, an Arab country. We've been colonized for centuries. The last century we've been colonized by the Ottoman Empire and the French, we've had 15 years of civil war, We've had neverending Israeli attacks, since the creation of Israel in 1948. Recently we have had what we call the Arab Spring – I don't call it Spring. I call it Arab Winter, because it is still war. We as a Lebanese country we are surrounded by Syria. We are 4 million citizens, 1.5 million Syrian refugees, half a million Palestinian refugees, and a few hundred thousand Iraqi - about half the population consists of refugees."


"On the local level, poverty is everywhere. 50% of the Lebanese population is under the poverty line. Sectarianism* is also an aspect of my country, we have 18 denominations that co-exist together. I don't know if they were forced at point of history to co-exist and live together. We are Muslim and Christian people. We are now facing Muslim extremism, so we now have ISIS, the Islamic State of Iraq and Syria."

"On a local level, on personal level, if you want to seek a job you need to belong to a religion or a political party. You never get it on your competence. So your CV (resume) is read first to see if you are a Christian, and you are going to a Christian company or a Muslim company – it's nothing to do with justice.
If you want to go to a hospital, there isn't a medical health care system in my country, and maybe in all Arab countries. People live to save money. There is an Arabic saying in my country, “Save money for your black day.” The black day is when you go to the hospital and spend all the money you have for medical care." 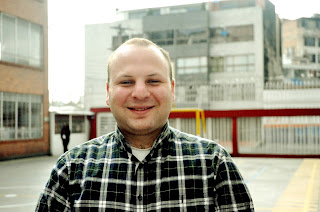 "Where we live in Lebanon in cities it is known that, for example, in the North it is for Christians, in the South it is for Muslims, and the West is for something else. So people that were raised in a Christian community don't know how the Muslim community live.Because the Lebanese civil war was based on sectarianism, Christian and Muslim hated each other. "

"There is a project I worked on with a couple of friends. We went to a Muslim school and a Christian school as a day exchange for students. For example, on Monday students from a Christian school go to a Muslim school and experience living with a Muslim student and study together, Science and literature. A Muslim student will also go to a Christian community. They will see each other praying as well. Its a small project that was realized two years ago. Now this experience is extended to many many schools in Lebanon to teach people how to co-exist together and love each other. Its a small project for reconciliation." 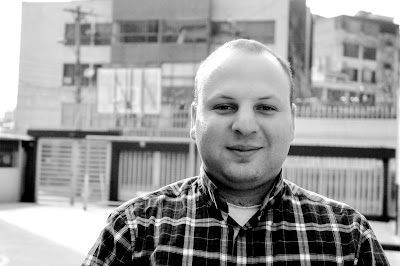 "The church not prominent in my country to fight for justice. All projects are done individually, its not the church meeting and deciding to do something. It's about individuals, and its about Christian movements that take care of aspects. When we received the Syrian refugees in Lebanon, we decided to as an Orthodox Youth Movement to take 1% of everyone's monthly salary and give it Syrian refugees. And we dedicate one or two hours a week to teach Syrian students, because the Lebanese academic system is completely different than the Syrian, so they can't integrate into the Lebanese system."

----
Does something here encourage you or spark your curiosity?
Please leave your comments below, I love hearing from you!!
----

*Unfamiliar with this term? 'Sectarianism, like racism, is a form of bigotry, discrimination, or hatred arising from attaching importance to perceived differences between subdivisions within a group, such as between different denominations of a religion, nationalism, class, regional or factions of a political movement'. See https://en.wikipedia.org/wiki/Sectarianism for a very basic but more expansive understanding. If you want some academic sources on this, just let me know!

Posted by Brandi Friesen Thorpe at 13:46