Happy week #10 of this project, Portraits of Justice!
Today I introduce you to Cydney, from Canada's east coast,  and invite you to hear her understandings of justice as connected to the Truth and Reconciliation Commission of Canada. The commission confronts Canada's colonial history of the Indian Residential Schools that resulted in a century of genocide and trauma for Indigenous populations.

With the recent conclusion of the TRC ceremonies, the responsibility of taking action for reconciliation has been commissioned to the government, various public sectors, the churches, and every citizen of Canada. It is but the beginning.
_____ 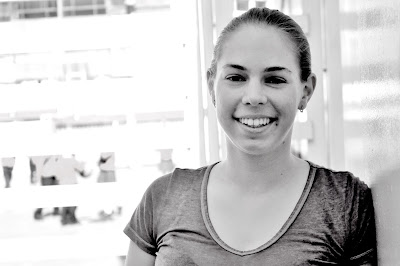 "In 2011 the Truth and Reconciliation Commission of Canada (TRC) came to Halifax. I went and heard some of the testimonials and stories - that itself was very powerful and moving. On the last day, they invited everyone who had even been remotely associated with the event to come to a local venue. They set the entire sports floor with seats and had a giant family reunion. They served a giant meal, and everyone was there, first nations people and allies."

"Behind the stage there were about 3000 cupcakes. We put a candle in every cupcake, and took them out to the floor and gave them to everybody and while we sang happy birthday. Because in the residential schools you didn't get a birthday, we had a giant birthday party for everyone who was there. They sang happy birthday in English, then in Inuktitut, Amiga, Obijiway, Mohawk, Algonquin...we sang happy birthday for like an hour in all these different languages! There was this 80 year old woman who was bawling her eyes out, because from the age of 5-15, she didn't have a birthday, and after that she was so messed up that it didn't matter to her. It was really beautiful, to see that it mattered now."

"The TRC sticks out to me most. It's a good attempt at justice. It's not going to fix anything or everything, but I think the start of justice and reparations is telling stories. I think that narratives and storytelling is how you find commonality with other people, and is the way that you start any kind of process to tackle any issue. You start telling stories. That's not exactly what justice looks like, but it is what justice sounds like, is focusing on narratives and storytelling. Everyone's story is important." 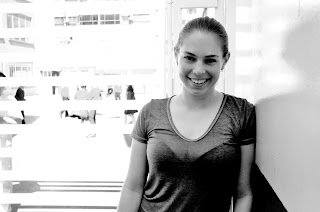 "My dream way is that (Christians) would lead the charge for justice because they are divinely inspired to do so, and understand why equality is appropriate, and good and right. Whether they are able to do that is inhibited in a lot of ways by a lot of things. The role church is to inspire people...and interpret scripture in a way that doesn't alienate people and that doesn't promote more injustice"

Posted by Brandi Friesen Thorpe at 16:33