Hello my beautiful friends from around the globe! I greet you this week (#15) from the beautiful Alps in Italy, and wish to introduce to you my friend Marco from {Udine, Italy}. I met and photographed Marco in Bogota some time ago, and share his story with you today, from his home country.

Marco is a pastor and activist, and has long been involved with the global justice movement through WSCF.
___ 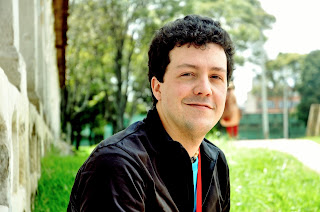 In my everyday life and commitment in Italy, I think  justice has to do with inclusion, with fighting against discrimination. Different groups of people are suffering from this, in different ways, but showing the same pattern made of ignorance, prejudice, incorrect information aiming to create fears and to transform people into escapee goats. Victims of this are, of course, minorities. Sexual minorities, discriminated on the basis of an outdated, closed and unfortunately “christian-washed” mentality.


Among sexual minorities should also be paradoxically included women, who suffers similar situations for the same reasons. In this time when our country has become more and more the door of Europe or of the West (become rich sacking for centuries all the other cardinal directions), other minorities suffering discrimination are all the people that are labeled as “strangers”, including migrant workers, italian citizens with foreign origins, refugee, asylum seekers (of course only if coming from less rich countries, much worst if “arabs”) and, above all, the people on whom all the hatred concentrate (even in alleged progressive milieux): the Roma people. Hidden or non-acknowledge racism and homophobia are the causes, whose toxic fruits are discrimination, mainly in terms of access to rights (building a life and a family, work, security…) and way too often violence, perpetrated by individuals who feel tolerated, justified or even authorized by the common sense. 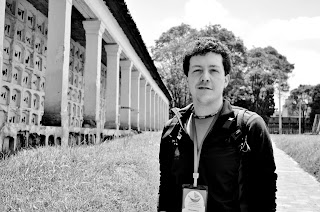 Justice would look like a society of differences and equals, where the stories, needs, rights, loves, problems and hopes of each and everyone deserve and receive the same care.
I believe it is a precise christian responsibility to work to overcome this face of injustice and build a more just society. I am not always sure churches are enough into it. The responsibility is — at least — twofold: on one side has to do with the healing of the wounds, the other cross-cutting the different dimensions of the life of the church. So, preaching and diaconia have a role in offering empathy and re-humanizing relations, helping each one to realize her/his own dignity, that for us, christians, is to let every human being created in God’s image to shine in the reverberation of Grace.  Again preaching and diaconia have to be directed to dismantle the ideas that are the basis of discrimination and to teach and show the possibility of an alternative way. 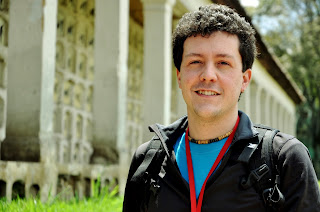 A theological reflection is needed to bind all these aspect together and to give depth to this vision. In particular to seek the truth beyond and often against hegemonic descriptions of reality, of the world and of the identities of its inhabitants, functional to keep the power in the hands of the few. All along its narrative, Bible tell of this continuous struggle to affirm the liberating word of God against the dehumanizing political, economic and religious powers. Moses, Deborah, Elijah, Esther, Hosea… and Jesus Christ. This is the most powerful narrative to inspire us.
Tell me something beautiful you have witnessed
“Lo Sciopero dei Fiori d’Arancio” (The Orange Blossom Strike): it is a group of straight couples, really wanting to get married, decided they will not, until this will be a right for everyone. A prophetic gesture of love, that could inspire other in many situation (and healthy provoke churches, for example), with the rationale of self-suspending our own rights or interests to help affirm others’.
----
Like what you've heard or seen? Share your comments and stories!


Posted by Brandi Friesen Thorpe at 07:24