This week's Portrait of Justice features Milka, from Lahore, Pakistan. Being a Christian in Pakistan means that she is among the <2% minority in her country. Being a Christian woman in leadership, in a predominantly muslim and patriarchal society, makes her even more of a more of a minority. I'd estimate she represents less than .1% of the Pakistani population.

Milka is a strong and beautiful person who has not let her constant encounters of injustice prevent her from laughter and the pursuits of equality in the heart of Asia. Her story is one that encounters injustice much more than justice, something more unfamiliar in Western context. This is a story that the will promise to linger in your mind as you walk on
___ 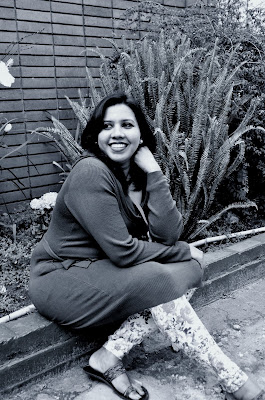 [In] the "Pakistan context we are not finding the justice being a christian, being a minority. In Pakistan the majority are Muslims, 97% are the Muslims. Only less than 2% are Christians. There is no justice, every thing is according to the Islamic law. Christians don't have a right to speak. If they have a right in any case, they need a witness. One muslim witness is equal to two christian witnesses. Even in the constitution we have blasphemy law, and the blasphemy law is this: if you say any single word against prophet Mohamed, you are the blasphemer. Nowadays the Muslim people who are in the majority are taking advantage of that law. For personal reasons they are falsely blaming the minorities, even assassinating and torturing them. One of our christian ministers was assassinated by the majority."

"There is no justice. If we are raising our voices, they (the Muslim majority) are saying 'no, they are blasphemer!”. They are facing false witnesses, in false cases. Still the government is supporting the Muslims, not the Christians. They are behind this. They started to burn the churches, they started to burn the christian communities. If we are saying that the Muslims are doing these things, we are showing them evidence and names. Our police and army, our government are not taking action against this. They are saying they will work on it, that they will find those persons and who is behind it, and until now they have not found those persons. They are saying "they are not muslims, they are the fundamentalists who are doing those type of things." 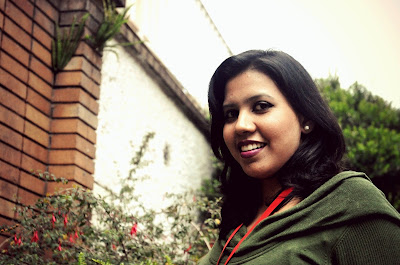 "We are working, and having dialogues with the Muslims on these issues, on the blasphemy laws. We are talking and trying to figure out these things."

"In Pakistan Christians are less educated. They use to work in the Muslims houses as servants. While they were working in the houses as a servant , the Muslims have the power. They are torturing them, they are raping them. They are forcing them to convert and accept it."


"While I was in school I was the only Christian girl in my class. The girls use to say to me, why are you not accepting this? You should accept Islam, you should be a Muslim. I use to say to them, you should be a christian, would you accept it? They are saying no, ours is the best religion of the world. In our colleges and schools we are facing discrimination. That justice we do not have."
______ 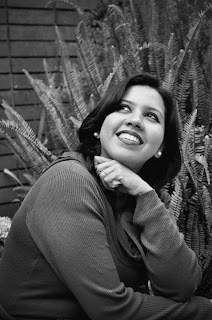 Tell me something beautiful you have witnessed:

Milka doesn't need to think about this question, and launches in to a story, "They have let me lead SCM Pakistan. I am very blessed and happy that God choose me for this purpose. I have studied theology, and living in Pakistan, I thought that I will never go anywhere, I will just stay and my whole life will be in Pakistan. Through the SCM that changed."

"I have a good family who always support me." The emotion this statement was said with causes Milka to shed a tear as that support has been so life giving.

Hind, from Jordan, who is sitting with during the interveiw leans in. "Milka, you have a family here as well that supports you"

"That is so true!" Milka responds.

With that our conversation found laughter. It found the joy that community offers, and that our strange and beautiful gathering had given us. We represented Canada, Jordan, and Pakistan, 3 countries from 3 different regions that were telling very different stories, but had found solidarity and a family all the same. To me, it was nothing less one of those #beautifulpeoplemoments, the ones you never forget.

Milka was interviewed and photographed in Bogota, Colombia
(c) Bthatlovelyphotography 2015

Posted by Brandi Friesen Thorpe at 13:58