This week I introduce Part I of a Portrait of Justice featuring Ireland. Johnston McMaster, professor at Trinity College in Dublin, is a wise soul who has been witness to the cycles of violence and pursuits of peace in Northern Ireland his entire life. I had the opportunity to meet, laugh with, and photograph Johnston after hearing him speak in Bogota, Colombia.

Stayed tuned for next week's Part II, as a very different perspective from Southern Ireland will be shared. 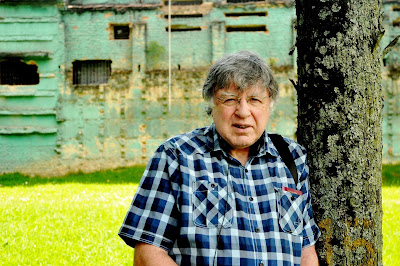 "What is justice like in my country? It is about equality, about sharing of political and social power. It is economic justice and it is justice related to gender equality as well." 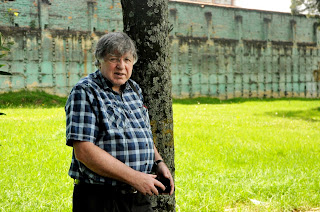 "While in Cork (Southern Ireland) I could have been in Toronto, it was that far removed from what was going on in Northern Ireland. It's a life time. Let me put in another way - in terms of my professional work, the context has never been anything else than the conflict and the violence. Even though it's meant to be peace process now, it's fragile, and has a long way to go. We are not all together post conflict, not just yet." 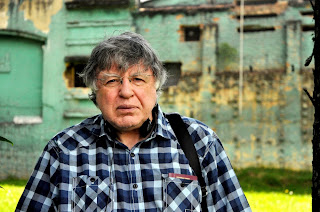 Does this have to due with Protestant and Catholic divide in community?

"It has to do with the sectarian division, but it also a conservative division. Ireland as a whole I think is socially and theologically and morally conservative. So when working out a public theology is difficult for Irish churches generally. I think they're all in a situation now where there has been a retreat from the public square. There is an inadequate or no real public theology, or knowing how to engage with the public on social issues."
---

"One of the amazing things after 35 years of violent conflict, or during violent conflict, is how many people have refused to be victims, and in a very real sense have become survivors. The beautiful thing in many cases has been the number of people who somehow or other, maybe for different motives, have been able to come to a place of forgiveness. It has been liberation for them and has been part of their journey out of victimhood towards survival and more than survival. They are also in many cases people who are making positive contributions to peacebuilding." 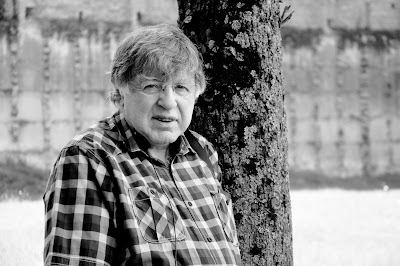 Is this what justice looks like in your country, in your home? Does Johnston's story remind you of your own? Leave a comment below and let us know! We'd love to hear from you!
Posted by Brandi Friesen Thorpe at 00:03