Today marks the 12th story I have shared, and will also mark 1000 hits on this blog! Wow, thanks everyone for supporting this project and the amazing stories of people from all over the globe!
Meet Lucian from Romania. He is among the first generation to grow up under democracy after a 50+ year rule of oppressive communism . This is a man who is shaping his country's future while pursuing social justice.
--- 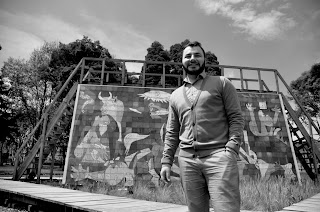 "Romania use to be a communist country until 1989. Now in a post communist period, the transition is from communism to democracy. This actually took us quite a long time. We are now having 25 years of so called democracy. Even though it was a bit unstable at the beginning we still have hope we are going towards the road of democracy, rule of law and human rights"

"In terms of justice, I would only refer to political justice, because we having a lot of efforts to strengthen our judicial system, our laws and constitution and so on. I am quite happy to share with you that in the last years we used to have a lot of VIP who were very popular in the country, that had a lot of “unclear” or “dirty business”, that are actually having a trial and are being put into jail. It was very helpful because Romania joined the European Union in 2007, so in this case with help from outside we are actually building right now a clear and fair system of justice in our country." 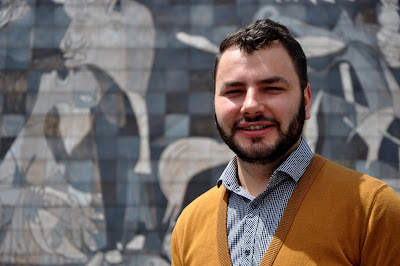 "Young people are raising this question and getting involved more and more in the process. This is very encouraging for a future of a country because young people, for instance, at the last presidential election last year in November, more than 60% of them participated in the election, which is quite remarkable – most of the time young people are not interested in politics. It is a very positive sign that the young generation is ready to move forward and rebuild a society where everyone will live better. "

---
"Tell something beautiful that has happened in your country"


"Let me go back to the 50's and the communist times. There were a lot of people who were persecuted by the new regime who wanted to change everything. The church and particularly the elite of the country were an obstacle for this change. We had a lot of priests, theologians, writers and politicians that were in prison, tortured, and in some cases killed. I think that it is one of the examples of witnessing the faith in very difficult conditions, and still having hope that God is going to save the country." 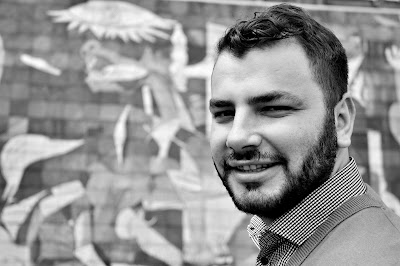 "Through the sacrifice of these martyrs there are still some people that survived after the communist era, and some of them are still alive today. They were able to witness what happened in the communist prisons.  Even though the communist era brought injustice, these people didn't lose hope. I like to refer to this example because it was very relevant in 1989 (when Romanians were freed from the Communist Regime). After this, people used a lot of these (stories of) people to rebuild the country, and remind us to build again social justice in the future."

Appreciate Lucian's story, or the work of this blog? Let us know us know and pass it on!

Posted by Brandi Friesen Thorpe at 15:30