It's week #13, meet Immanuel {Colombo, Sri Lanka}.
Sri Lanka was colonized by the Portuguese, received independence in  1948, and has since experienced more than 30 years of civil war. Immanuel's family, a minority in these wars, survived by being sheltered by neighbours. He now works at shaping his country into a just one.
--- 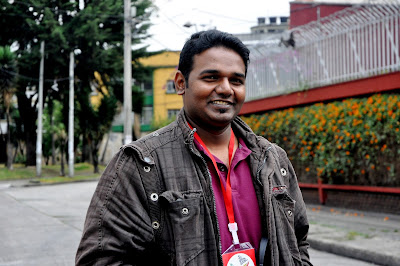 "Sri Lanka is a country that has been affected by civil war for three decades. We had a civil war, its sort of ethnic conflict. But its our conflict for justice, just required by the minority, the Tamils in the northern province of Sri Lanka.which was affected mostly."

"My father, one of the stories he shared with me, was about when the insurrection happened in the south. The Tamils, in 1983, were persecuted by the government. Most of the Sinhalese have come and protected us. For example they have threatened my family saying they will will put the 2 children (my sisters, I was not yet born, as I was born in 1984) inside the house and tie my mother and father to the house and burn the house. "

"That kind of threat happened, but the neighbours (who are Sinahelese) took my parents and the children and have kept them for days and weeks and months. They are the people who are protecting. We are the only Tamils in that village to survive and share these stories because of how the Sinhalese treated us. Even though the government was persecuting the Tamils, the Sinhalese came forward to protect because that's how the society has been. Its never a Sinhalese or Tamil issue, or a Muslim or Tamil issue, it's a political issue always. I think that it is beautiful in terms of justice, they come forward." 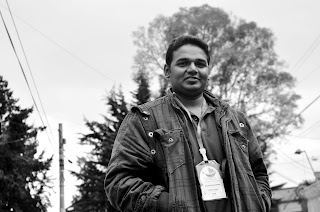 "The young people asking for justice has been in the country more than  50 years, from the time we got independence in 1948, after that. We were colonized by the British last, and after we got independence in 1948 it has been a struggle seeking for justice. So the armed conflict ended official in 2009, but that doesn't mean it bore any justice, because that victory was finished by military, so it is a military defeat." 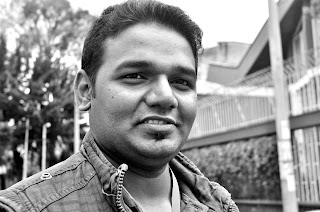 "None of the questions for justice were answered and we are 6 years after that now. Last year we have to change the government that brought the conflict in by the military mechanism, because they were not answering any of the questions. They were moving towards a more military government in terms of democratic values, etc. The justice in the country was in question. All kinds of justice. Economic justice. Religious Justice. Educational – everything is still a question. We are hopeful with the new government we have elected that we will have justice. Some say because the young people were the forefront of electing this new government. One million new votes made the real difference in electing the new government. Mostly the minority voted for this. The majority lost, we have to say. Young people came together to elect this government and we have a hope for justice. "

Enjoy this portrait of justice? Let us know, and leave a comment!


Posted by Brandi Friesen Thorpe at 14:59